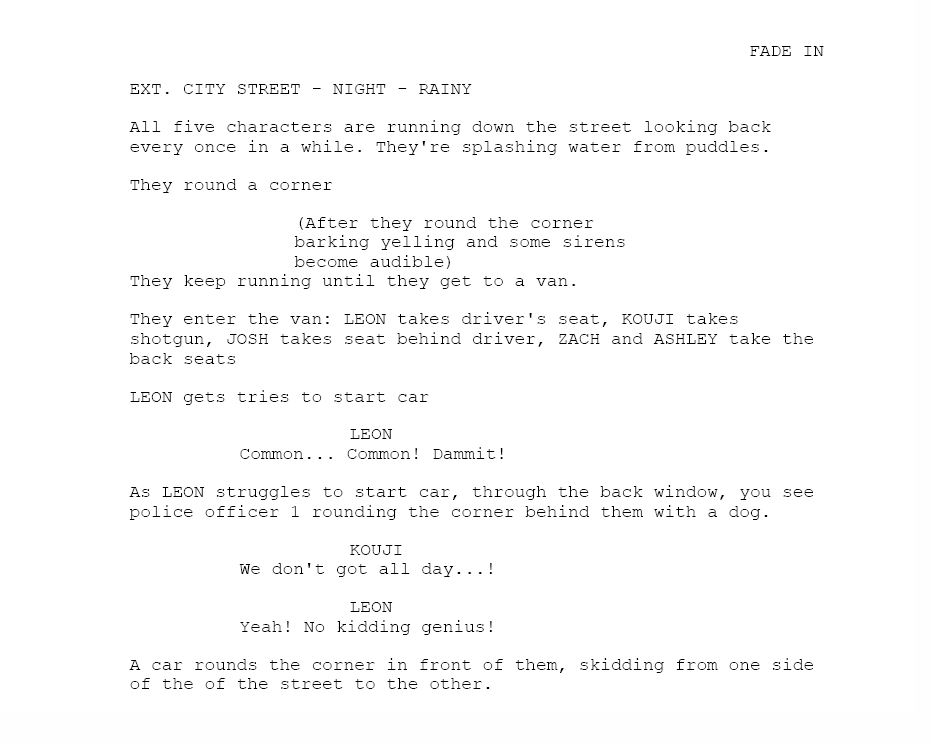 This is a movie script that I started working on early this year and that we (ArcticHeat) hope is used to begin the production of either a film or a series of episodes. This has been a great learning experience for me. Since this is my first script ever I am learning from basic formatting to artistic choices in my writing. Simply getting to this stage of script writing took a lot of work and research. The idea for this first came up over the summer of 2011 between Josh, Tristan, and me, after that it was my job to get it off the ground. The thing that has helped me the most with this has been the book 'Save The Cat' by Blake Snyder. It was 'recommended' to me by YouTube celebrity Ray William Johnson, who is currently number one on most subscribed on YouTube (raywiliamjohnson). He mentioned in one of his Vlogs (BreakingNYC) that 'Save The Cat' was the best screen writing book that he had ever read, and since I loved everything that he had produced, I decided to buy it and read it myself. 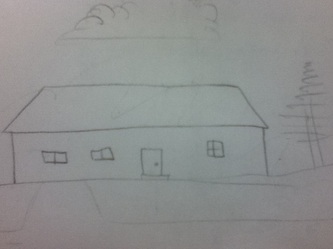 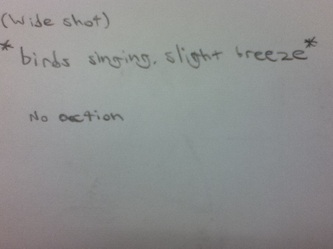 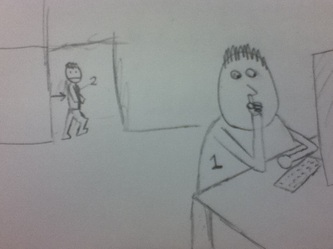 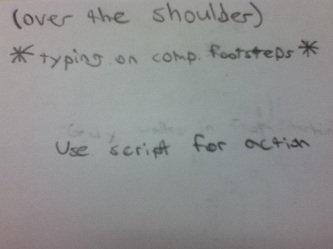 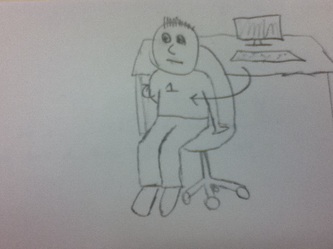 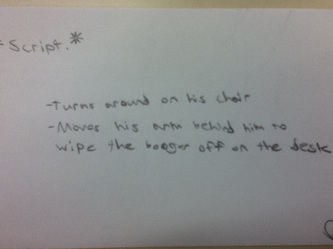 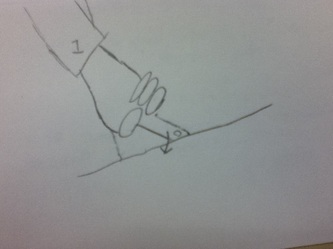 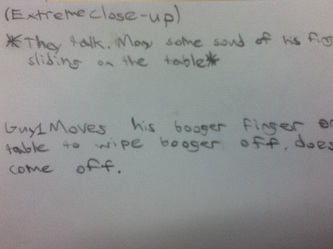 This is the story beard that Helzerman, with my assistance, has been working on. These are only the first three slide, on the left side is the image representation of the scene, with descriptions on the right. 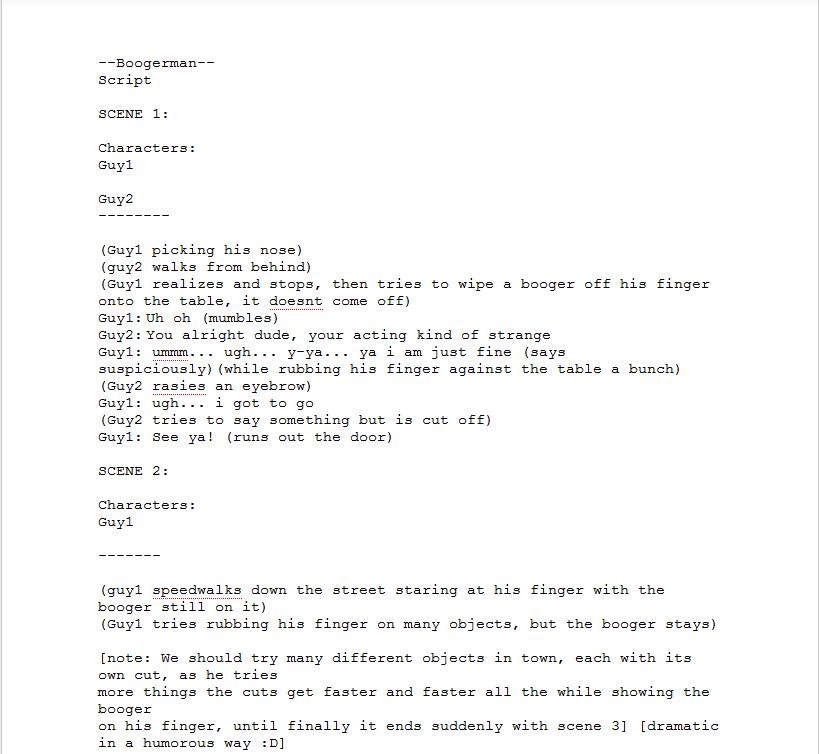 This is a script that Helzerman wrote and asked me to edit. It is going to be used to film a short video about, well, boogers, produce entirely by ArcticHeat. I won't give too much away until the video is released, but the script is great and you can expect a masterpiece. We are currently in the process of story boarding, which is taking forever. I  am glad to be working with Josh on this project, and hopefully we'll be coming up with some other ideas.